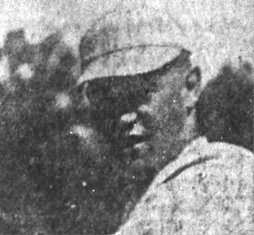 He played for a number of teams before and after World War I, and managed as well. Most of his playing time was in the Carolinas and Maryland, in class C or D leagues such as the North Carolina State League and the Piedmont League.

In 1916, Doc Ferris may have set the minor league record for the shortest game and the fewest balls pitched in a game. His Columbia Comers beat the Albany Babies on July 18 in South Atlantic League play. The game took 78 minutes and he threw a total of 73 pitches. Fielding was the savior for the Columbia team with Ferris recording just two strikeouts.

, NC, for a long time. He married in and had two daughters.