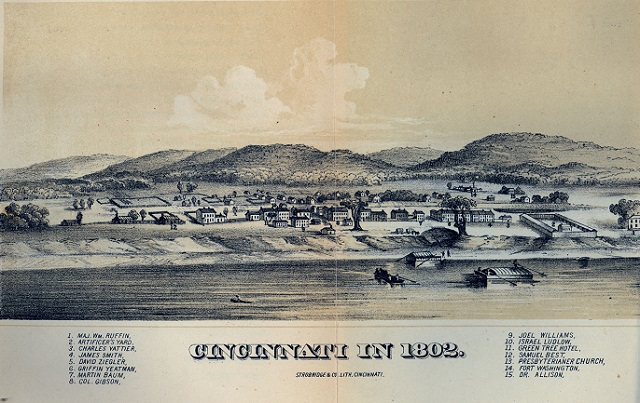 They first settled in what is now Columbia, Tuscarawas County. Cincinnati Magazine says that they spent a year there

, before moving south to what became Blue Ash, Ohio in 1791. During this period, it was recorded, the family had its cabin burned by Indians three times.

, though Jenner’s inoculation was in use by some. General Wayne was reported angry at some officers for providing it to their troops without authorization.