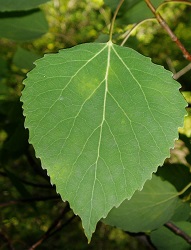 One of the most perplexing problems in tracing the Ferris family tree is known as the “Cudbeth Leaf.” In the mid-1800s, one Henry Dean Ferris (1755-1807) appears in Saratoga County, New York. His wife is listed as Priscilla Cudbeth (1754-1848).

The couple “seems” to have originated in Dutchess County, New York. The county was a hotbed of Ferris folks from both the Jeffrey lineage and that of Nathaniel Ferris. The two families migrated to the area from Connecticut at nearly the same time and lived relatively” near each other.

The name “Cudbeth”, however, is far harder to trace. I believe that it should be “Cuthbert.” That surname originates in Rhode Island, with the descendents of one Samuel Cuthbertson. The family is found in Dutchess County in colonial times.

There is a belief that Priscilla’s father was named John. I have identified a John Cuthbert (b. 1718, Rhode Island). His father was James and his mother was Mary Ripley. I have not yet found a connection between James Cuthbert and the lineage of Samuel Cuthbertson. The sole link is Rhode Island, and I would suggest that James is a son of Samuel though I have not yet found proof.

John Cuthbert (b. 1718, Rhode Island) was married, it appears, to Sarah Moore. And that is where the trail ends at this time. None of the other John Cuthberts that I have found were born early enough to father Priscilla.

Looking at Henry, if his middle name is reported correctly, Dean ought to be his mother’s maiden name. The convention for the Ferris family at the time was to give mom’s maiden name as the middle name for one or more of the children. That’s a guess.