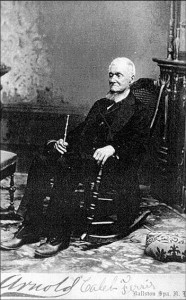 At some point in his life, Caleb and his brother, Orasmus, went to the Fairfax, VA area and began a brick making operation. He is recorded as living there in 1850 and 1860. The brother stayed behind and was a staunch Union supporter.

The Saratoga Sentinal, in April 1882, noted the town-wide celebration of Caleb’s 100th birthday. 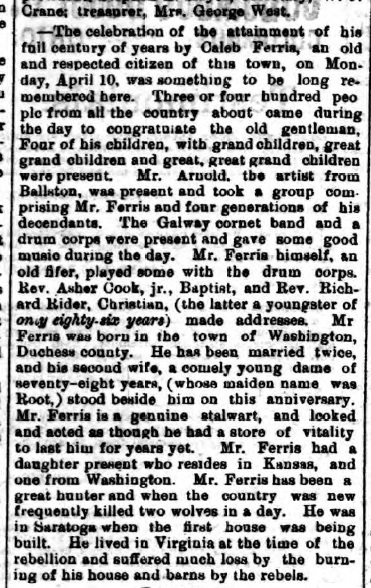 Items of note include: