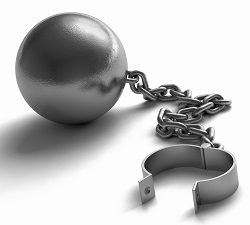 Looking through the lineage of Jeffrey Ferris, there are several marriages where a Ferris married A Ferris. There is at least one union between first cousins, and others of differing relationships. In the small and tight knit communities of New York and New England in the 1700s and early 1800s it happened. Families became interlocked over the generations, and the Ferrises are no exception. The Lockwoods, the Meads and a couple of other large families from western Connecticut are linked to ours in many, many ways.

Usually, it takes little effort to tie up the bona fides for a Ferris and Ferris wedding. In one case, one very odd case, it has proven nearly impossible. I give you the mysterious Ammi Rogers Ferris (1807-1885).

Ammi’s wife was Maria Ferris, easily tied to the Jeffrey Ferris lineage through his son, James. Ammi (a Hebrew name) is a tougher nut to crack. And… I suspect he may not be a Ferris at all.

His theological views were controversial and at the time that was a very bad thing. The reverend was accused of seducing a 19 year old woman, getting her pregnant and giving her “pernicious drugs” to cause her to abort the baby. He was arrested and tried for the “a High Crime and Misdemeanor, in a Brutal and High Handed Assault on the Body of Asenath Caroline Smith, of Griswold, Con.” He was convicted and sent to prison for two years. After his release, he spent decades trying to clear his name and wrote his memoirs.

The memoirs have two major parts

, a defense that suggests that he was railroaded to prison, and a long and, well… “batshit crazy” theological exposition. If you accept his defense at face value, he had evidence that he was miles away at the time the young woman was impregnated. He reports that the woman was never called at trail, either. His trial took place in early October, 1820.

He suggests that it was his unorthodox theology that they punished him for, and his outspokenness to fellow clergy and superiors in the church. The Memoirs are a tough read, between the differences in writing styles and vocabulary from that time and the unusual nature of his thinking.

Back to Ammi Rogers Ferris. Born in 1807, he was living in western Greenwich at the same time as Rev. Rogers. He would have married his wife in the late 1820s or so.

Here’s my thinking. Ammi Rogers Ferris is the son of Ammi and Margaret Rogers. Dad has created such a stir in the community that, when Ammi Jr. decides to marry, he takes his wife’s name for his last name. It doesn’t conceal much but it stops their children from being branded with the tarnished Rogers name.

I have not given up looking for the Ferris connection to Ammi Rogers Ferris. My gut says that I may never find a better explanation than the one I have suggested.