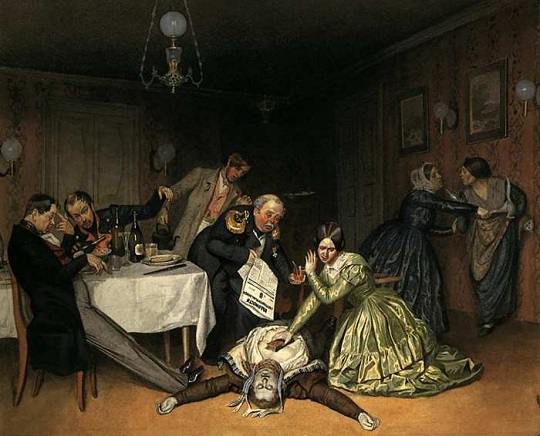 It is hard to imagine. In the span of three weeks

, a mother and three of her four children will die of “dysentery”. More probably, they died of cholera.

, and baby Clarissa who was one. There are 24 residents of Pound Ridge

, New York on the page and 12 died from “dysentery”. No one knew what caused the dreadful illness or how to treat it effectively.

Betsey Bouton was the granddaughter of Rachel Ferris and Jesse Bouton. Her husband

, John Gould Ferris, was her first cousin, once removed. They lived in Pound Ridge, Westchester County, New York, which was one of the centers of the Jeffrey Ferris lineage.

John Gould Ferris is said by many family trees to have also died in 1850. There is

, however, a John G Ferris, working as a shoemaker in Pound Ridge on the 1860 census. At this point I have not determined his true date of death.