The lineage of Jeffrey Ferris in America
Ferris - James, Not Our Lineage 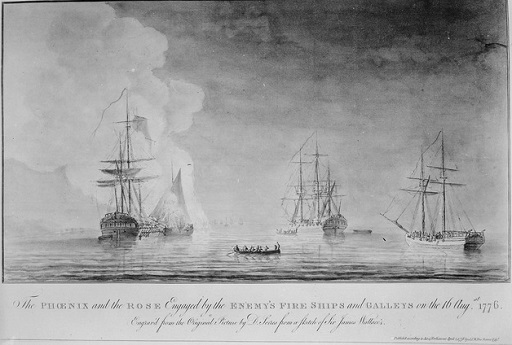 The Phoenix and the Rose engaged by the enemy’s fire ships and galleys on Aug. 16, 1776. Aquatint from original picture by D. Serres from a sketch by Sir James Wallace (Royal Navy officer); Published, 1778. National Archives Identifier 532907

I am tracking one Joshua Ferris, Tory and United Empire Loyalist, but have not connected him to any lineage. I thought the documents that I have found might amuse. His excuse for getting caught is interesting.

From the American Archives at Northern Illinois University