This tale clearly falls into the “Oh, you poor bastard” category. Van Wyck Ferris was the fifth great-grandson of Jeffrey Ferris through his son John. Born to Westchester County social royalty, Morris Patterson Ferris and Mary Lanman Douw, in 1890, he built a career in real estate in New York and Florida. His death, in 1944, was determined to be a suicide. 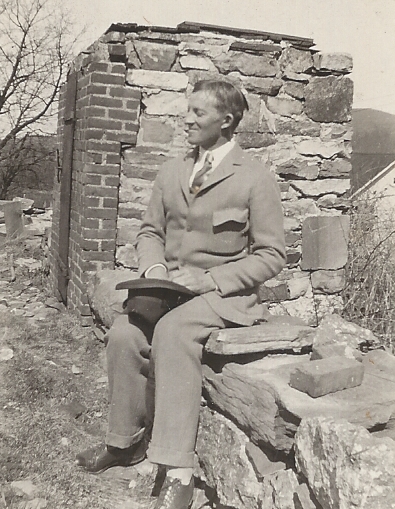 In 1916, Van Wyck married Elizabeth Gouverneur Morris Ramsay of the Founding Fathers Morrises. They were to have four children. The two were divorced in 1936, and there begins a tale.

There’s a woman involved. The records are confused but here is what I know.

Well, was Louise a Stevens or a Tyree? In a newspaper article in the St. Petersburg Times of Jan. 15, 1937, Van Wyck does some explaining.

One Louise Ferris had appeared, destitute, in New York City, with a baby in her arms and told authorities that her husband had died in an auto accident four months previous. When contacted

His story is that he met a Louise Tyree when she worked at a local restaurant. She was from Whitesburg, KY.

She told the NY authorities that she had left home at 15. At age 17, she had married Van Wyck Ferris, who then was killed. She had his child and came to NY to find work through his brother, William.

Van Wyck says that the marriage was annulled in June, 1936. The child is not his. The Louise he knew was at least 19. He did not have a brother named William.

The 1940 census has Van Wyck living with his wife, Louise, in Florida with two children with the last name of Ferris. Both were born well before 1936 and were most likely Louise’s. This Louise was born in Ohio about 1909.

Did he get involved with two different women named Louise? Both a Louise Tyree and a Louise Stevens are found in Florida records in the 1930s. Tyree has a birth date that corresponds with the bride from Van Wyck’s annulled marriage (1916-1917).

Louise Stevens is nearly a decade older and Stevens is her married name. In June 1944 she listed herself as a widow on a marriage license to marry a William D. Stewart.

Neither Louise pops up in a Florida marriage record.

Fast forward to 1944. The ohne-rezeptkaufen.com

Van Wyck was found dead, in his bed, by a gas meter reader who was checking on the smell of gas from the home. The burners on the stove were on but not lit.

He was said to have been in ill health. His will left $1.00 to each of his four children (with Elizabeth) and the remainder of the estate was split between his brother, Morris, and a nearby friend. Clearly there was little love lost between Van Wyck and his children.